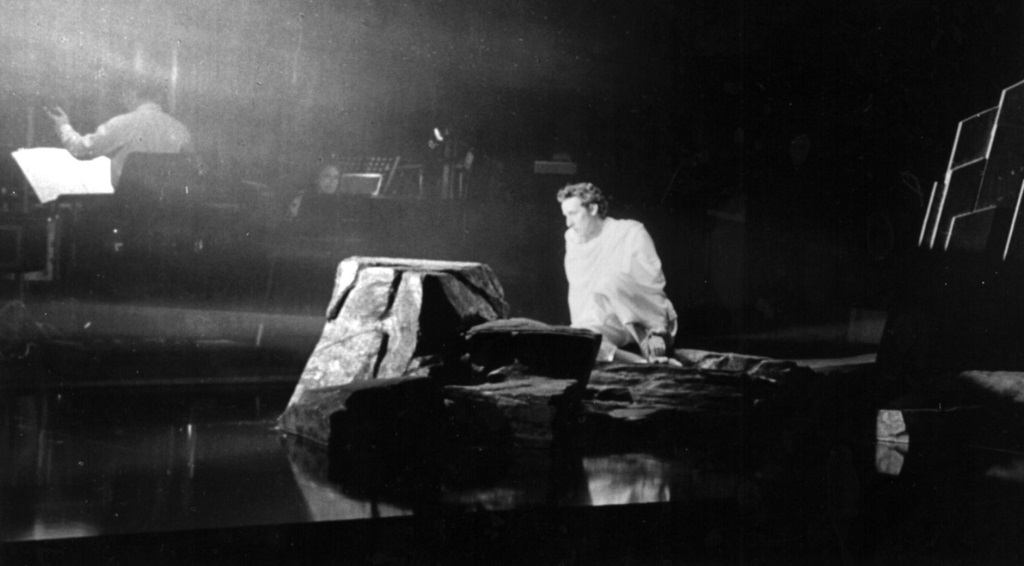 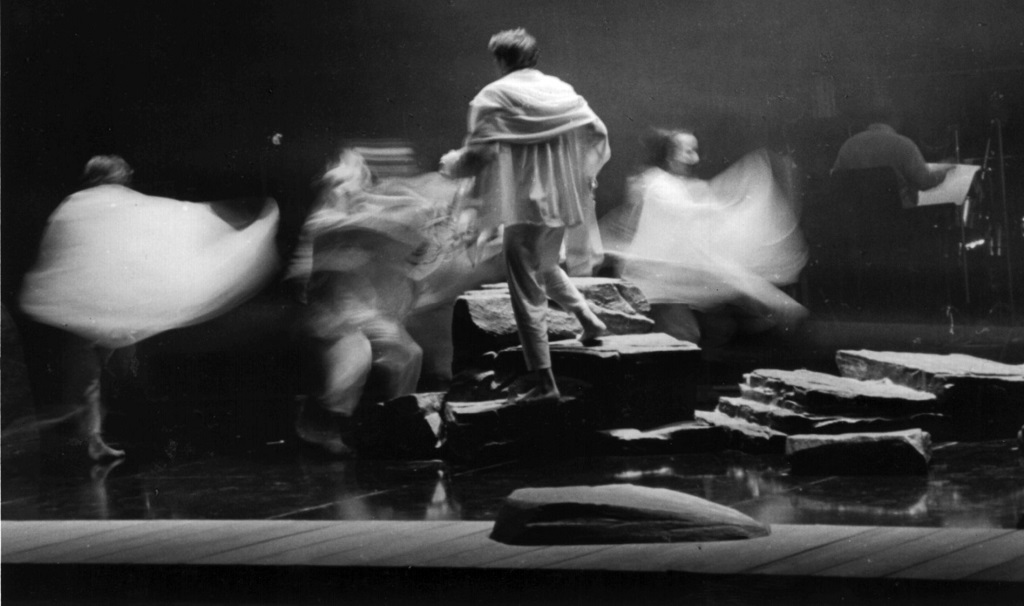 « Look before the end is nigh»
These are the first words of Narcissus as he leans over his reflection which will be masked from his sight by the darkening shadows. But that particular evening, despite the darkness, his own image is not eclipsed ; he is radiant and emerges from the fountain at last to indulge his desire. Pure bliss ! After years of a cursed existence, this gentle accomplishment springs forth like a miracle.

However euphoria is short lived : this image, seemingly true, is vain and reductive. In answer to his despair, a radically different second image is born from his lingering reflection ; then a third ; then another : then another : and yet another…

His much desired reflection thus multiplies, revealing before his eyes the various aspects of his being, from the most insipid to the most eccentric.

Destroyed by this whirlwind, Narcissus is quiet. All his images unite and rebuild his lost character.